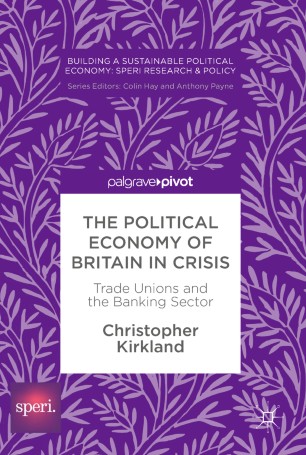 The Political Economy of Britain in Crisis

Trade Unions and the Banking Sector

This book explores two recent crises in British political economy: the crisis of 1976–9, for which the trade unions were impugned, and the 2007 economic crisis, for which bankers were (at least initially) blamed. The author argues that the “crisis resolution” of the former – principally the Thatcherite reforms of the 1980s – led to the emergence of the banking crisis. Further, Kirkland demonstrates how narratives of blame have emerged and were used in both instances to promote specific agendas. Narrations of blame and crises were used to curb the trade union powers in the 1980s, whilst the 2007 crisis was quickly reframed as one of excessive government spending, which in turn has led to policies of austerity.