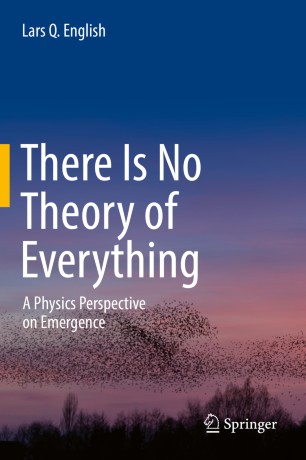 There Is No Theory of Everything

A Physics Perspective on Emergence

The main purpose of this book is to introduce a broader audience to emergence by illustrating how discoveries in the physical sciences have informed the ways we think about it.  In a nutshell, emergence asserts that non-reductive behavior arises at higher levels of organization and complexity. As physicist Philip Anderson put it, “more is different.”  Along the text's conversational tour through the terrain of quantum physics, phase transitions, nonlinear and statistical physics, networks and complexity, the author highlights the various philosophical nuances that arise in encounters with emergence. The final part of the book zooms out to reflect on some larger lessons that emergence affords us. One of those larger lessons is the realization that the great diversity of theories and models, and the great variety of independent explanatory frameworks, will always be with us in the sciences and beyond. There is no “Theory of Everything” just around the corner waiting to be
discovered.
One of the main benefits of this book is that it will make a number of exciting scientific concepts that are not normally covered at this level accessible to a broader audience. The overall presentation, including the use of examples, analogies, metaphors, and biographical interludes, is geared for the educated non-specialist.

limits of reductionism emergence in the the physical sciences non-reductive essence of quantum entanglement self-organization of matter Phases, protectorates, and emergence Self-organized patterns

Lars English is an Associate Professor of Physics at Dickinson College. He received his B.S. in 1996 from Denison University, and a Ph.D. from Cornell University in 2003. His research explores nonlinear phenonmena in complex systems, such as the spontaneous formation of localized  patterns in lattices or the synchronization of oscillators.
Lars enjoys contemplating connections between science, philosophy and spirituality, meditating, hiking in beautiful Pennsylvania, and --most of all--spending time with his wife Anita and three daughters Anya, Chelsea and Nalanda.

“It is a good introduction to a scientific approach to emergence, for one thing. Its scientific explanations are inviting to a lay readership prepared to work at them, and in most cases delightfully laid out. The presentation of renormalisation and critical behaviour is very good indeed.” (Tom McLeish, Science & Christian Belief, Vol. 31 (1), 2019)