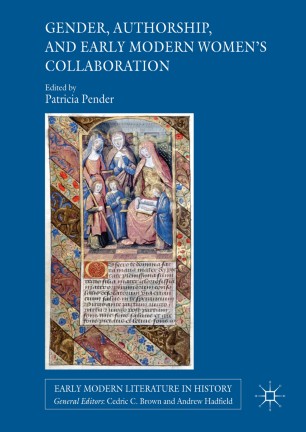 This book explores the collaborative practices – both literary and material – that women undertook in the production of early modern texts. It confronts two ongoing methodological dilemmas.  How does conceiving women’s texts as collaborations between authors, readers, annotators, editors, printers, and patrons uphold or disrupt current understandings of authorship? And how does reconceiving such texts as collaborative illuminate some of the unresolved discontinuities and competing agendas in early modern women’s studies?  From one perspective, viewing early modern women’s writing as collaborative seems to threaten the hard-won legitimacy of the authors we have already recovered; from another, developing our understanding of literary agency beyond capital “A” authorship opens the field to the surprising range of roles that women played in the history of early modern books. Instead of trying to simply shift, disaggregate or adjudicate between competing claims for male or female priority in the production of early modern texts, Gender, Authorship, and Early Modern Women’s Collaboration investigates the role that gender has played – and might continue to play – in understanding early modern collaboration and its consequences for women’s literary history.