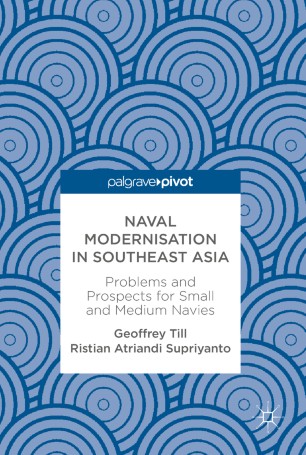 Problems and Prospects for Small and Medium Navies

This edited volume reviews the nature and consequences of naval modernisation in Southeast Asia against the backdrop of growing tensions over the South China Sea and increasing competition between the United States and China in the region.  The varying problems and challenges facing the small and medium navies of the area as they seek to grow their maritime power in response to their perceptions of strategic need are compared and contrasted. The prospects of significant destabilisation of an already volatile area - even of a potential naval arms race, are carefully analysed. There can be little doubt that naval modernisation in Southeast Asia is a key indicator of the likely future of the Asia Pacific and also illustrates the problems faced by small and medium powers in a world dominated by the great. Accordingly this book will be of much interest to students and teachers focusing on security in the Asia Pacific region as well to those concerned with naval development in g

Geoffrey Till is Emeritus Professor of Maritime Studies at King’s College London, UK, and Chairman of the Corbett Centre for Maritime Policy Studies, UK. Since 2009 he has also been a Visiting Professor and Senior Research Fellow at the Rajaratnam School of International Studies, Singapore.