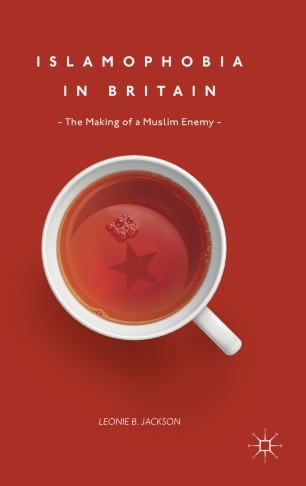 The Making of a Muslim Enemy

This book is concerned with the ideology of Islamophobia as a cultural racism, and argues that in order to understand its prevalence we must focus not only on what Islamophobia is, but also why diversely situated individuals and groups choose to employ its narratives and tropes. Since 2001, Muslims in Britain have been constructed as the nation’s significant ‘other’ – an internal and external enemy that threatened both social cohesion and national security.

Through a consideration of a number of pertinent contemporary issues, including no-mosque campaigns, the rise of anti-Islamist social movements and the problematisation of Muslim culture, this book offers a new understanding of Islamophobia as a form of Eurocentric spatial dominance, in which those identified as Western receive a better social, economic and political ‘racial contract’, and seek to defend these privileges against real and imagined Muslim demands.

Leonie B. Jackson is Lecturer in International Politics at the University of Huddersfield, UK.