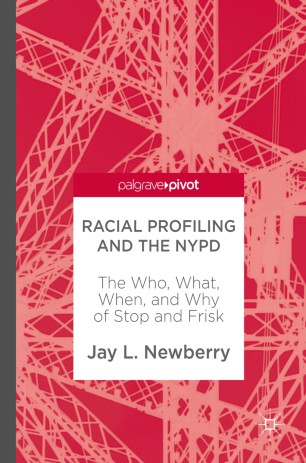 Racial Profiling and the NYPD

The Who, What, When, and Why of Stop and Frisk

This book analyzes New York City’s stop-and-frisk data both pre- and post-constitutionality ruling, examining the existence of both profiling and unequal treatment among the three largest groups identified in the database: Blacks, Whites, and Hispanics. The purpose for using these two time periods is to determine which group(s) benefited the most from the ruling. This research goes beyond standard statistics to identify the place that race holds in contributing to the stop disparities. Specifically, this research will adds a spatial element to the numbers by analyzing the determinants of stop location by race, applying a principal component analysis to a mixture of census and stop-and-frisk data to determine the influence of location on stops by race. The results present a way of determining the plausibility of stops being the product of racial profiling–or just a matter of happenstance.