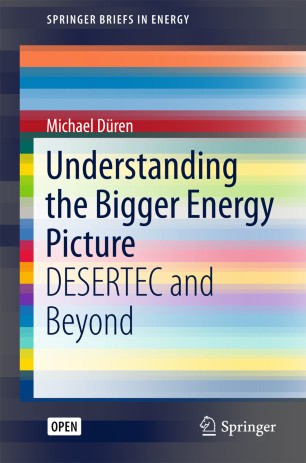 Michael Düren (*1957) studied Physics at the RWTH in Aachen, Germany and obtained his PhD in 1987 in the field of particle physics. After a postdoc at the Max Planck Institute for Nuclear Physics in Heidelberg, he moved to the University Erlangen-Nürnberg, was an interim professor at the University of Bayreuth and, since 2001, he has been a professor of experimental physics at the JLU Giessen.

Since 1988, he has been a member of the Energy Working Group at the German Physics Society. In 2006, he was the co-founder of the interdisciplinary SEPA Working Group (Solar Energy Partnership Africa-Europe) at the University of Giessen and in 2008 the co-founder of the DESERTEC foundation. In July 2011, he was appointed as coordinator of the DESERTEC Academic Network. His experience as a lecturer in front of medical students – some of whom had a distinct science aversion –has taught him to present physics in an understandable way.