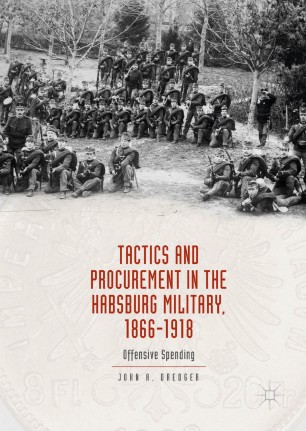 Tactics and Procurement in the Habsburg Military, 1866-1918

This book reveals the primary causes of Habsburg defeat both in the Austro-Prussian War and the First World War. The choice of offensive strategy and tactics against an enemy possessing superior weaponry in the Austro-Prussian War, and opponents with superior numbers and weapons in the Great War, resulted in catastrophe. The inferiority of the Habsburg forces in both conflicts stemmed from imprudent spending decisions during peacetime, rather than conservatism or parliamentary stinginess. The desire to restore the sunken prestige of Austria-Hungary and prove Habsburg’s great power status drove the military to waste money on an expensive fleet, and choose offensive tactics to win great victories. This study shows the civil-military interaction in regard to funding and procurement decisions as well as the deep intellectual debates within the army, which refute the idea that the Habsburg military remained opposed to technology or progress