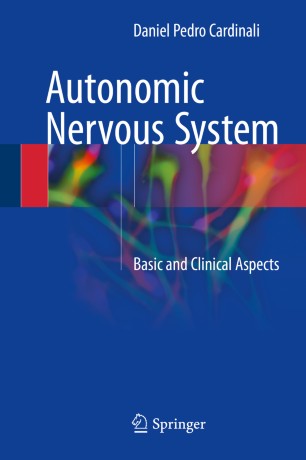 A traditional view of the Autonomic Nervous System (ANS) considers only its peripheral part: the sympathetic and parasympathetic systems. However, this view misses to consider the most important ANS function: the maintenance of homeostasis. This term is used today to define not only the strategies that allow the body proper response to changes in the environment (reactive homeostasis), but also temporal mechanisms that allow the body to predict the most likely timing of environmental stimuli (predictive homeostasis based on biological rhythms).

This book discusses the ANS from both an enlarged and a timed perspective. First, it presents how the organization of the ANS is hierarchical into different levels. Following that, the book discusses how the ANS changes functionally in the three-body configurations (wakefulness, slow sleep, rapid eye movement sleep) found in a 24-hour cycle. Finally, the most important clinical implications of this enlarged and timed vision of ANS will

Autonomic Nervous System – Basic and Clinical Aspects is a comprehensive text intended for medical students and health professionals who are interested in a deeper approach to this important part of the nervous system. It provides a detailed and complete understanding of the neuroscience behind the ANS, allowing a proper clinical applicability of this knowledge.

Dr. Cardinali got his MD and PhD degrees at the University del Salvador, Buenos Aires. During 1971 and 1972 he was Research Assistant, Department of Nutrition and Food Science, MIT, USA. Since 1973 he is Research Career Awardee of the Argentine National Research Council, being promoted to its highest stage (Superior Investigator) in 1992. From 1986 to 2008 he was Professor of Physiology, Faculty of Medicine, University of Buenos Aires, being nominated as Professor Emeritus in 2010. Since 2009 he is Director of Teaching & Research, Faculty of Medical Sciences, Pontificia Universidad Católica Argentina, Buenos Aires.
Dr. Cardinali´s fields of interest include the Physiology and Pharmacology of Biologic Rhythms and Melatonin. The most relevant awards and honors Dr. Cardinali has received include the John Simon Guggenheim Fellowship, New York (1977), the Curt P. Richter Prize, International Society of Psychoneuroendocrinology (1983), the Doctorates “honoris causa”
in Medicine, Complutense University, Madrid, Spain (1991) and University of Salamanca, Spain (1998) and the membership at the Royal Academy of Medicine, Spain (1991). In 2007 he was awarded with the Scopus Prize, Elsevier, Amsterdam, for being the most cited Argentine scientist in biomedicine, and the Bernardo Houssay Award, Argentine Government. In 2008 he received the Aaron B. Lerner Pioneer Award in Recognition of Outstanding Contributions to the Field of Melatonin Research, Federation of American Societies for Experimental Biology (FASEB). Dr. Cardinali is  one of the three most cited Argentinian scientists, according to the Google Scholar ranking.