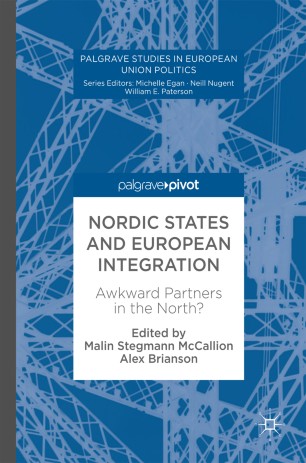 Awkward Partners in the North?

This book provides the first lengthy study of awkward states/partners in regional integration. Is awkwardness a characteristic of states in many global regions, or is it reducible to the particular case of the United Kingdom in European integration? The authors assess how far the concept of ‘awkwardness’ can travel, and apply it to the cases of the Nordic States’ involvement in and with the European Union – Denmark, Finland, Sweden, Iceland and Norway. The renewed interest in the Nordic region is in part thanks to recent events in the on-going crisis of European integration, and particular its member states’ response to the refugee question, which appears to be undermining years of intra-regional solidarity even between the Nordic countries. The security dimension of the region further broadens the book’s readership beyond Nordic Politics specialists to IR scholars, as the Nordic countries share borders with Russia and are key players in the Baltic Sea Strategy seeking to involve Russia in looser forms of regional cooperation.