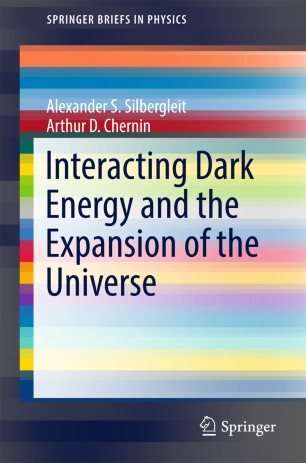 Interacting Dark Energy and the Expansion of the Universe

This book presents a high-level study of cosmology with interacting dark energy and no additional fields. It is known that dark energy is not necessarily uniform when other sources of gravity are present: interaction with matter leads to its variation in space and time. The present text studies the cosmological implications of this circumstance by analyzing cosmological models in which the dark energy density interacts with matter and thus changes with the time. The book also includes a translation of a seminal article about the remarkable life and work of E.B. Gliner, the first person to suggest the concept of dark energy in 1965.

Alex Silbergleit is senior research scientist at Stanford University and member of the scientific team behind NASA/Stanford’s Gravity Probe B experiment that successfully confirmed Einstein’s prediction of frame-dragging by the Earth’s gravitomagnetic field. His work is in mathematical and theoretical physics, on which he has authored over 160 papers and two books. He also translates from Russian. His official biography can be found in “Who’s Who In America”.

Arthur D. Chernin is professor at the Sternberg Astronomical Institute, Moscow University. His work involves various aspects of theoretical physics and cosmology, fields in which he has authored over 250 papers and 10 books including Alexander A. Friedmann: The man who made the Universe expand (with E.A. Tropp, V.Ya. Frenkel) Cambrige Univ. Press, 1993, 260 pp. and Paths to dark energy (with G.G. Byrd, M.J. Valtonen, P. Teerikorpi). De Gryuter, Boston/Berlin, 2012, 400 pp.