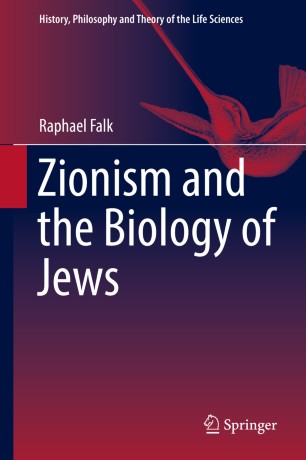 Zionism and the Biology of Jews

Part of the History, Philosophy and Theory of the Life Sciences book series (HPTL, volume 19)

This book offers a unique perspective on Zionism. The author, a geneticist by training, focuses on science, rather than history. He looks at the claims that Jews constitute a people with common biological roots. An argument that helps provide justification for the aspirations of this political movement dedicated to the return of the Jewish people to their homeland.

His study explores two issues. The first considers the assertion that there is a biology of the Jews. The second deals with attempts to integrate this idea into a consistent history. Both issues unfolded against the background of a romantic national culture of Western Europe in the 19th century: Jews, primarily from Eastern Europe, began to believe these notions and soon they took the lead in the re-formulation of Jewish and Zionist existence.

The author does not intend to present a comprehensive picture of the biological literature of the origins of a people and the blood relations between them. He also recognizes that the subject is emotionally-loaded. The book does, however, present a profound mediation on three overlapping questions: What is special or unique to the Jews? Who were the genuine Jews? And how can one identify Jews?

This volume is a revised and edited English version of Tzionut Vehabiologia shel Hayehudim, published in 2006.