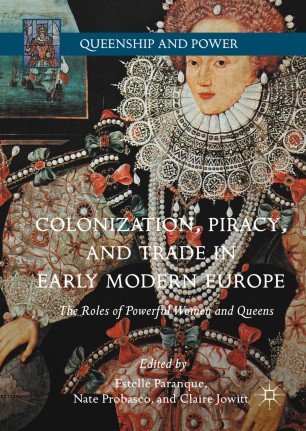 The Roles of Powerful Women and Queens

This collection brings together essays examining the international influence of queens, other female rulers, and their representatives from 1450 through 1700, an era of expanding colonial activity and sea trade. As Europe rose in prominence geopolitically, a number of important women—such as Queen Elizabeth I of England, Catherine de Medici, Caterina Cornaro of Cyprus, and Isabel Clara Eugenia of Austria—exerted influence over foreign affairs. Traditionally male-dominated spheres such as trade, colonization, warfare, and espionage were, sometimes for the first time, under the control of powerful women. This interdisciplinary volume examines how they navigated these activities, and how they are represented in literature. By highlighting the links between female power and foreign affairs, Colonization, Piracy, and Trade in Early Modern Europe contributes to a fuller understanding of early modern queenship.