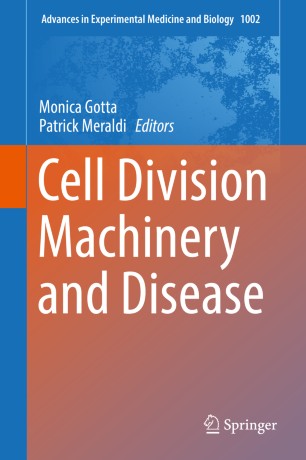 Part of the Advances in Experimental Medicine and Biology book series (AEMB, volume 1002)

This book critically evaluates the causal link between cell division machinery and disease. Further, it identifies key open questions in the field and the means for exploring them. Throughout the various chapters, internationally known contributors present the evidence for and against a causal link between key elements of the cell division machinery and diseases such as cancer, neuropathologies, aging, and infertility. A more clinically oriented chapter further discusses the current and future applications of anti-mitotic drugs in these diseases. Cell Division Machinery and Disease is essential reading for graduate or advanced graduate students, researchers or scientists working on cell division as well as clinicians interested in the molecular mechanisms of the discussed diseases.