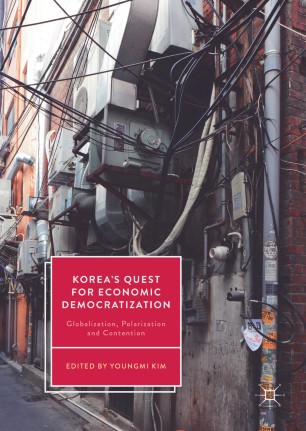 This book studies the sources of inequality in contemporary South Korea and the social and political contention this engenders. Korean society is becoming more polarized. Demands for ‘economic democratization’ and a fairer redistribution of wealth occupy centre-stage of political campaigns, debates and discourse. The contributions offer perspectives on this wide-ranging socio-political change by examining the transformation of organized labour, civil society, the emergence of new cleavages in society, and the growing ethnic diversity of Korea’s population. Bringing together a team of scholars on Korea’s transition and democratization, the story the books tells is one of a society acutely divided by the neo-liberal policies that accompanied and followed the Asian financial crisis. Taken together, the contributions argue that tackling inequalities are challenges that Korean policy-makers can no longer postpone. The solution, however, cannot be imposed, once again, from the top down, but needs to arise from a broader conversation including all segments of Korean society. The book is intended for a readership interested in South Korean politics specifically, and global experiences in transition more generally.

Youngmi Kim is Senior Lecturer in the Department of Asian Studies at the University of Edinburgh (UK). She previously worked at Central European University and University College Dublin. Recent publications include articles in Electoral Studies and the monograph The Politics of Coalition in South Korea: Between Institutions and Culture (2011).