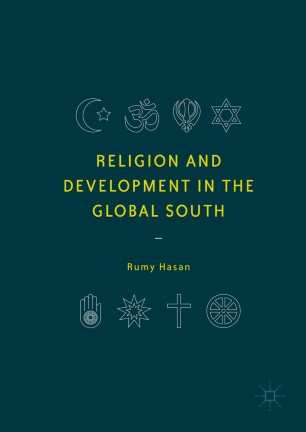 Religion and Development in the Global South

This book examines how the beliefs and practices of each of the major world religions, as well as other belief systems, affect the variables that influence growth and development in the Global South. Evidence suggests that as countries develop, the influence of religion on all aspects of society declines. In stark contrast to the developed world, in the Global South, the role of religion is highly pervasive – the distinctive conclusion of this book is therefore that a lessening of religiosity is a sine qua non for growth and development, including secular laws and constitutions. Offering a ground-breaking study in an area little explored in the English language, this book will satisfy an important gap in the literature on the political economy of development, sociology of religion, law, and anthropology.

“Rumy Hasan explores a much neglected aspect of development, how the hold of certain religions on society retards economic progress. This is a bold book that deserves to be widely read. It starts a conversation in public policy we can't any longer ignore.” (Baroness Falkner of Margravine, House of Lords, UK Parliament)

“A very well researched book with interesting insights for all of us.” (Baroness Flather of Windsor and Maidenhead, House of Lords, UK Parliament)