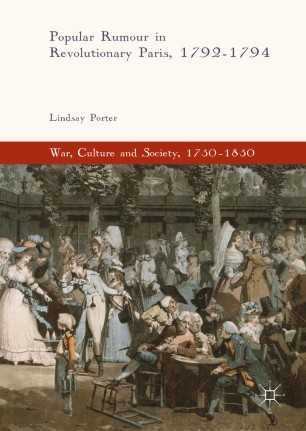 This book examines the impact of rumour during the French Revolution, offering a new approach to understanding the experiences of those who lived through it. Focusing on Paris during the most radical years of the Jacobin republic, it argues that popular rumour helped to shape perceptions of the Revolution and provided communities with a framework with which to interpret an unstable world.
Lindsay Porter explores the role of rumour as a phenomenon in itself, investigating the way in which the informal authority of the ‘word on the street’ was subject to a range of historical and contemporary prejudices. Drawing its conclusions from police reports and other archival sources, this study examines the potential of rumour both to unite and to divide communities, as rumour and hearsay began to play an important role in defining and judging personal commitment to the Revolution and what it meant to be a citizen.