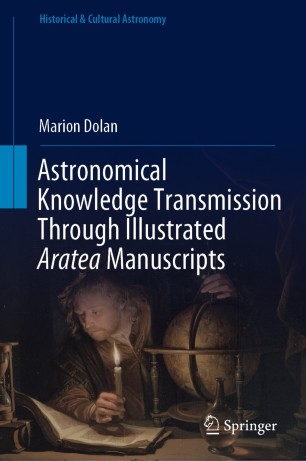 This carefully researched monograph is a historical investigation of the illustrated Aratea astronomical manuscript and its many interpretations over the centuries. Aratus' 270 B.C.E. Greek poem describing the constellations and astrological phenomena was translated and copied over 800 years into illuminated manuscripts that preserved and illustrated these ancient stories about the constellations. The Aratea survives in its entirety due to multiple translations from Greek to Latin and even to Arabic, with many illuminated versions being commissioned over the ages. The survey encompasses four interrelated disciplines: history of literature, history of myth, history of science, and history of art. Aratea manuscripts by their nature are a meeting place of these distinct branches, and the culling of information from historical literature and from the manuscripts themselves focuses on a wider, holistic view; a narrow approach could not provide a proper prospective. What is most essential to know about this work is that because of its successive incarnations it has survived and been reinterpreted through the centuries, which speaks to its importance in all of these disciplines.

This book brings a better understanding of the history, changes and transmission of the original astronomical Phaenomena poem. Historians, art historians, astronomy lovers, and historians of astronomy will learn more specialized details concerning the Aratea and how the tradition survived from the Middle Ages. It is a credit to the poetry of Aratus and the later interpreters of the text that its pagan aspects were not edited nor removed, but respected and maintained in the exact same form despite the fact that all sixty Aratea manuscripts mentioned in this study were produced under the rule of Christianity.