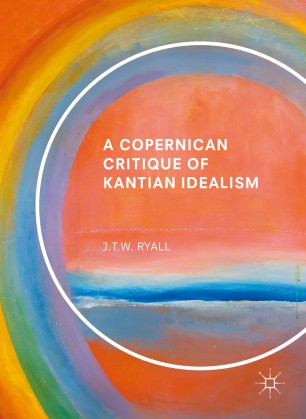 A Copernican Critique of Kantian Idealism

This book offers a comprehensive critique of the Kantian principle that ‘objects conform to our cognition’ from the perspective of a Copernican world–view which stands diametrically opposed to Kant’s because founded on the principle that our cognition conforms to objects. Concerning both Kant’s ontological denial in respect of space and time and his equivalence thesis in respect of ‘experience’ and ‘objectivity’, Ryall argues that Kant’s transcendental idealism signally fails to account for the one thing that is essential for Copernicus and the only thing that would validate a comparison between his and Kant’s critical philosophy, namely the subject as ‘revolving object’. It is only by presupposing – in a transcendentally realistic sense – that human beings exist as physical things in themselves, therefore, that the ‘observer motion’ of Copernican theory is vindicated and the distorted nature of our empirical observations explained. In broadly accessible prose and by directly challenging the arguments of many stalwart defenders of Kant including Norman Kemp Smith, Henry E. Allison and Michael Friedman, Ryall’s book will be of interest to both scholars and students of Kant’s philosophy alike.

“If objects, as Kant claims, ‘conform to our cognition’, how can his epistemology reproduce the Copernican revolution, which clearly demonstrates the contradiction between our experience and reality? This book reverses that perspective and criticizes Kant from the Copernican point of view. It radically challenges Kant scholars: are our representations of the physical world just objective illusions?” (Luca Oliva, University of Houston, USA)

“Ryall puts the case that Kant's much touted 'Copernican Revolution' in philosophy was in fact no such thing but rather just the opposite, i.e., not a progressive turn toward truth, science, and objectivity but a turn back toward just the kind of anthropocentric/subjectivist illusions that Copernicus (and Galileo after him) had striven to overcome. He argues this case with impressive determination, vigour and consistency in a prose-style which often serves well to communicate his deeply held conviction that Kant's big mistake - his way of confusing ontological with epistemological issues - has inflicted great damage on subsequent philosophy.” (Christopher Norris, Cardiff University, UK)