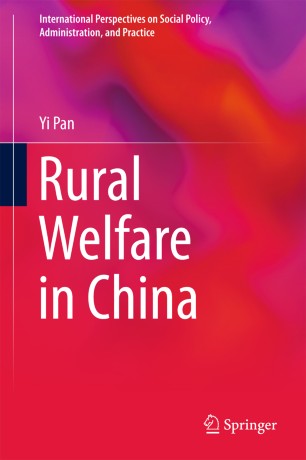 This comprehensive reference views China’s welfare system through a cultural-historical lens to integrate its complex story into the global study of welfare. Focusing on the mainland’s vast, mainly rural population and its long and complicated history, it analyzes rural welfare from the imperial dynasties, to the socialist planned economy under Mao Zedong, to its recent history in the current market economy. Findings from government and academics explore salient topics such as urban/rural inequity, the situation of migrant workers, change of social security system, the community development of the countryside, and the relationships of rural welfare policy with social structure, cultural background, economic development and political  institution. This broad and deep knowledge gives readers the tools necessary for understanding the relationship of China’s unique and nuanced past to its prominent status in the evolving global economy.  Among the book’s topics:

With its accessible, up-to-date coverage and holistic approach to its subject, Rural Welfare in China will find a diverse interested audience, including sociologists, political economists, and social policymakers.

Yi Pan is a professor of social policy at the Institute of Sociology, Chinese Academy of Social Sciences (CASS). She is vice secretary-general of the Social Policy Centre of CASS and vice secretary-general of Social Welfare Academical Association of China. She earned her Master Degree of Social Policy at Tampere University, Finland, and her doctoral degree at Cambridge University, UK. She was a senior researcher in the Ministry of Civil Affairs in China. Her fields of research are social policy, welfare state, systems and models, social services and community elderly care.