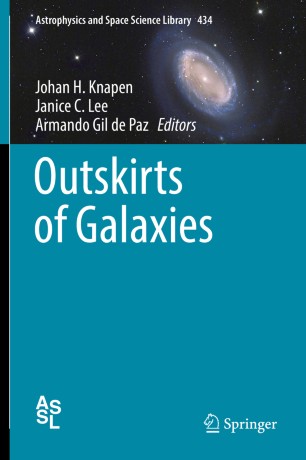 This book consists of invited reviews written by world-renowned experts on the subject of the outskirts of galaxies, an upcoming field which has been understudied so far. These regions are faint and hard to observe, yet hide a tremendous amount of information on the origin and early evolution of galaxies. They thus allow astronomers to address some of the most topical problems, such as gaseous and satellite accretion, radial migration, and merging.
The book is published in conjunction with the celebration of the end of the four-year DAGAL project, an EU-funded initial training network, and with a major international conference on the topic held in March 2016 in Toledo. It thus reflects not only the views of the experts, but also the scientific discussions and progress achieved during the project and the meeting. The reviews in the book describe the most modern observations of the outer regions of our own Galaxy, and of galaxies in the local and high-redshift Universe. They tackle disks, haloes, streams, and accretion as observed through deep imaging and spectroscopy, and guide the reader through the various formation and evolution scenarios for galaxies. The reviews focus on the major open questions in the field, and explore how they can be tackled in the future.
This book provides a unique entry point into the field for graduate students and non-specialists, and serves as a reference work for researchers in this exciting new field.

Prof. Johan Knapen is an astronomer at Instituto de Astrofsica de Canarias, Spain, where he has been Head of the Research Division from Feb. 2011-Mar. 2015. He is leading the successfull European Initial Training Network DAGAL (Detailed Anatomy of GaLaxies) an ambitious network formed of six research groups in Spain, Germany, Finland, France, and the Netherlands.

Armando Gil de Paz is an Assistant Professor of Astronomy at the Universidad Complutense de Madrid, specialising in Extragalactic Astronomy.