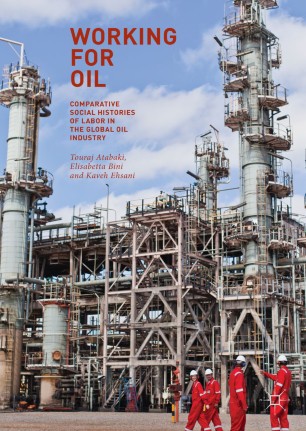 Comparative Social Histories of Labor in the Global Oil Industry

This volume looks at the social history of oil workers to investigate how labor relations and experiences have shaped the emergence of this global extractive industry. Three inter-related themes are investigated by scholars: the political life of labor, the productive life of labor, and the urban and social life of labor. Compiled here is the work of scholars from a range of disciplines who situate labor and the social, political, and cultural dimensions of oil at the center of their analysis. In this comparative study, the historical and contemporary experiences of oil workers are analyzed from a number of key oil producing regions, including Latin America, the Middle East, Central Asia, the Caucasus, Europe and Africa.

Touraj Atabaki is Senior Researcher at the International Institute of Social History at the Royal Netherlands Academy of Arts and Science. He also holds the chair of the Social History of the Middle East and Central Asia at the School of the Middle East Studies of the Leiden University, The Netherlands.
Elisabetta Bini is Resarch Fellow at the University of Trieste, Italy. Her current research revolves around the history of international oil politics, in particular in the ways in which oil politics shaped relations between North Africa, Western Europe, and the United States after World War Two.
Kaveh Ehsani is Assistant Porfessor of International Studies at DePaul University, USA. His fields of interest include urban geography, critical social theory, and the political economy of development projects and their social and environmental repercussions. He is a regular media commentator and analyst on Iranian politics.

“The book’s objective is to show some of the diversity of labour relations in the sector, rather than be comprehensive, and in this it succeeds. … Working for Oil is a valuable and distinctive addition to research on the evolution of the global oil industry, and will be of interest to anyone who cares about industrial relations and the agency of labour in this sector.” (Gavin Bridge, Journal of Industrial Relations, Vol. 61 (2), April, 2019)
Buy options