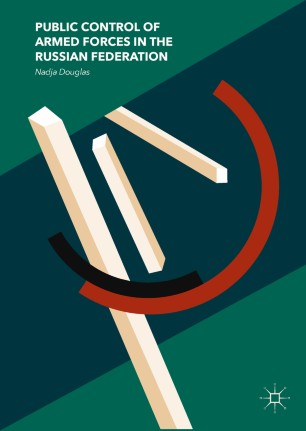 Public Control of Armed Forces in the Russian Federation

The volume deals with the fundamentals of the contemporary relations between civic actors and state power structures. The main focus lies on public control of armed forces and the question why civilians should have a vigilant eye on the military institution as well as the civilian authority that legitimizes the use of force. Based on the example of conscription and recruitment as an intersection between the military and society, this study engages in an analysis of institutional change in the politico-military field in post-Soviet Russia. Taking a critical stance on conventional military sociology, the book shifts the focus away from the exclusive power relationship between political and military elites in the context of national security. Instead, it takes into consideration human and societal security, i.e. the needs and demands of individuals and groups at the grassroots level, affected by the military and the prevailing security situation in Russia. The book addresses readers with an interest in civil-military relations, contemporary Russian affairs and social movement theories.

Nadja Douglas is Researcher at the Centre for East European and International Studies (ZOiS), Germany. She holds a Master’s degree in International Relations from Sciences Po Paris and a PhD from Humboldt University Berlin. Previously, she worked as a policy advisor at the German Bundestag and the OSCE. Her research focuses on peace and conflict, human rights and the politico-military dimension of the OSCE.

“With her fresh insights and subtle clarifications of the concept of public control of the armed forces, Douglas makes a valuable contribution to the social science literature on civil-military relations. In addition, her case-study of CMR in contemporary Russia informs the reader about the difficult and complicated attempts of public control of the Russian military. This thoughtful and innovative piece of work is highly welcome.” (Wilfried von Bredow, Professor (ret.) for Political Sciences, Philipps-Universität Marburg, Germany)

“Douglas's highly-unique book project deals with relations between civic actors and state power structures in post-Soviet Russia, a critical case where Putin’s neo-authoritarian rule has left little room for civil society to perform its critical role as a check on the power of the military (and the use of the military by the state to control society). These are weighty and important issues, and Russia is perhaps an extreme example, but – given its power and behavior in the international arena – one which is nevertheless critical for analysis. This is a book that I and all other experts in the field need to have in our libraries.“ (Christopher Marsh, Professor of National Security and Strategic Studies, US Army School of Advanced Military Studies)

“Russia is a highly militarized country, and the issue of civilian and public control over the military is crucial for its domestic political developments and foreign and security policy. Despite efforts of societal actors, post-Communist Russia failed to establish effective mechanisms of control. Nadja Douglas in her important book explores political and institutional obstacles toward this process, with the emphasis on the role of civic activists, who desperately attempted to balance society-military relations in a hostile environment.” (Vladimir Gel’man, Professor of Political Science, European University at St.Petersburg and University of Helsinki)

“This is a very timely book drawing on unique research that will be a 'must read' for scholars and practitioners alike, interested in the Russian Federation, European security and civil-military relations. The analytical framing of public control of armed forces offers significant advances in our understanding of civil military relations and sets out an important future agenda for much needed theoretical advances in the field.” (Anthony Forster, Professor of Politics and Vice-Chancellor, University of Essex)
Buy options