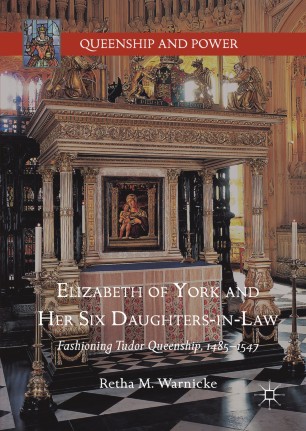 Elizabeth of York and Her Six Daughters-in-Law

This study of early modern queenship compares the reign of Henry VII’s queen, Elizabeth of York, and those of her daughters-in-law, the six queens of Henry VIII. It defines the traditional expectations for effective Tudor queens—particularly the queen’s critical function of producing an heir—and evaluates them within that framework, before moving to consider their other contributions to the well-being of the court. This fresh comparative approach emphasizes spheres of influence rather than chronology, finding surprising juxtapositions between the various queens’ experiences as mothers, diplomats, participants in secular and religious rituals, domestic managers, and more. More than a series of biographies of individual queens, Elizabeth of York and Her Six Daughters-in-Law is a careful, illuminating examination of the nature of Tudor queenship.