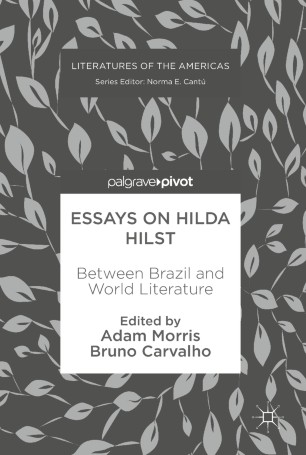 Between Brazil and World Literature

The first collection of critical essays on Hilda Hilst (1930-2004) published in English, this book brings together a variety of perspectives on one of Latin America’s most inventive and innovative authors.  Nine essays by scholars and translators reflect about various aspects of her work, placing it in the context of Brazil and world literature. During her lifetime, Hilst won several major national literary awards and attracted legions of devoted readers. Her writing spanned styles and genres, encompassing poetry, theatre, and experimental fiction. She was also considered to be “a writer’s writer,” and her literary achievements eluded both mainstream acclaim and international recognition. In recent years, Hilst’s books have enjoyed increased visibility in Brazil and beyond. A host of translators (including three contributors to this volume) have finally made some of her masterpieces available in English. This pioneering collection of essays should excite longtime readers and introduce her to a new audience.