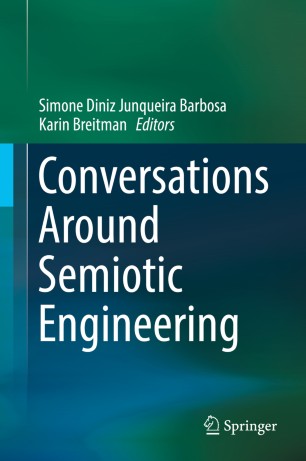 Demonstrating the influence of Semiotic Engineering in Human-Computer Interaction, this book focuses on the work of one of the pioneers of the field - Clarisse de Souza  - and her influence on this broad and wide-ranging area of research. It contains a selection of essays written by those that have worked with her over the years and will encourage readers to extend their reading and research in this area.

A key figure in HCI, Clarisse argued that human-computer interaction enables computer-mediated communication between the designer and the user at the point of interaction thus enabling and facilitating designers in understanding who their users are, and what their requirements may be.

This book brings together prominent researchers who have helped to shape semiotic engineering by their insightful discussions on the theory.