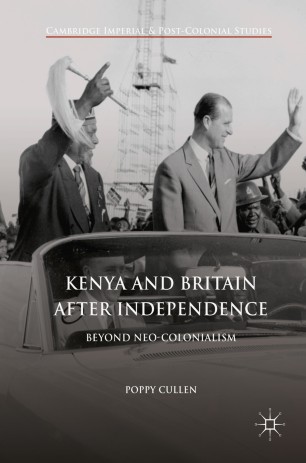 Kenya and Britain after Independence

This book explores British post-colonial foreign policy towards Kenya from 1963 to 1980. It reveals the extent and nature of continued British government influence in Kenya after independence. It argues that this was not simply about neo-colonialism, and Kenya’s elite had substantial agency to shape the relationship. The first section addresses how policy was made and the role of High Commissions and diplomacy. It emphasises contingency, with policy produced through shared interests and interaction with leading Kenyans. It argues that British policy-makers helped to create and then reinforced Kenya’s neo-patrimonialism. The second part examines the economic, military, personal and diplomatic networks which successive British governments sustained with independent Kenya. A combination of interlinked interests encouraged British officials to place a high value on this relationship, even as their world commitments diminished.

This book appeals to those interested in Kenyan history, post-colonial Africa, British foreign policy, and forms of diplomacy and policy-making.