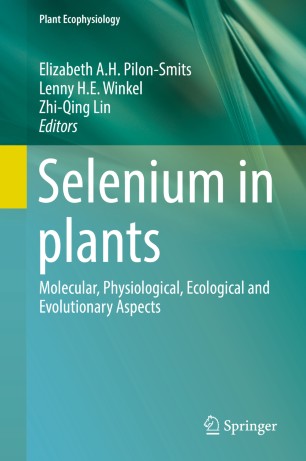 This book focuses on selenium (Se) metabolism in plants. It not only covers plant genetic, biochemical and physiological processes but places these in the context of Se movement in the food chain and the global environment, as well as discusses ecological and evolutionary significance. While Se is an essential micronutrient, it is toxic at high levels, and there is a narrow window between Se adequacy and toxicity. More than a billion people and their livestock in low-Se regions have been estimated to be affected by Se deficiency, which compromises the immune system, thyroid activity, male fertility and mental function. In high-Se areas, Se toxicity is a problem. Selenium-accumulating plants may be used to alleviate Se deficiency in consumers (biofortification), or to remove environmental Se pollution (phytoremediation), both covered extensively in this volume. Plant species genetically vary in Se uptake, metabolism and tolerance. Some plants native to seleniferous soils can even hyperaccumulate Se up to 1.5% of their dry weight. The book reviews the latest knowledge about the processes involved in Se uptake, metabolism, tolerance and (hyper)accumulation, as well as successful approaches to optimize Se accumulation and speciation via classical crop breeding and genetic engineering. Global processes that control Se distribution and movement are reviewed, as are associated deficiency and toxicity issues. Relevant for Se bioavailability and for Se movement in the food chain, Se metabolism is also reviewed in prokaryotes and in mammalian consumers, and the nutritional benefits of plant Se on consumers are discussed. The reader will learn about the profound ecological effects of plant Se on interactions with herbivores, pollinators, microbes and other plants, and the likely selection pressures that drive the evolution of Se hyperaccumulation.