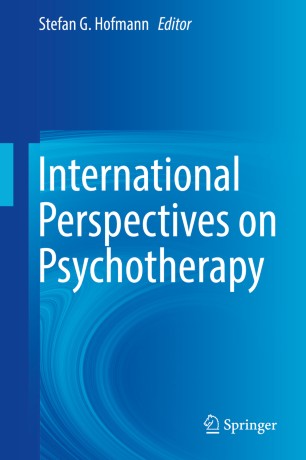 This clear-sighted resource critically examines the status of clinical psychology practice across the diverse regions of the world. Dispatches from North and Latin America, Eastern and Central Europe, China, South Korea, Australia, Africa, the Middle East, and elsewhere illustrate in depth the universality of mental distress and disorders, and the intersection of local knowledge and established standards in providing effective care. Pathology and its treatment are viewed in light of cultural values, belief systems, ethics, and norms, reflecting the evolution of clinical practice toward personalized care and culturally sensitive intervention. This important information serves a number of immediate and long-term goals, including developing culture-specific diagnoses and treatments, improving professional competencies, and the ongoing exchange of ideas within a global field to benefit all patients worldwide.

Coverage compares key areas such as:

·         The sociopolitical aspects of psychology, rooted in the history of the country/region.

The audience for Clinical Psychology across the World includes advanced undergraduate and graduate students and trainees/interns in clinical psychology, as well as developers of training programs. It can also serve asa valuable supplementary text for seminars or lectures on clinical psychology.

Stefan G. Hofmann, Ph.D. is Professor of Psychology at Boston University, where he is the Director of the Psychotherapy and Emotion Research Laboratory. He was born and raised in Germany and has been living in Boston, USA, since 1996. He has published widely as an author of more than 300 peer-reviewed journal articles and 15 books, including (since recently) an Abnormal text book (with Barlow and Durand). He is a Highly Cited Researcher by Thomson Reuters. His research focuses on the mechanism of treatment change, translating discoveries from neuroscience into clinical applications, emotion regulation, and cultural expressions of psychopathology. He is a fellow of the American Psychological Association and the Association for Psychological Science. He has been president of numerous national and international professional societies, including the Association for Behavioral and Cognitive Therapies (ABCT) and the International Association for Cognitive Therapy. He is the recipient of numerous awards, including the ABCT’s 2010 Outstanding Service Award, the Aaron T. Beck Award for Excellence in Contributions to CBT by Assumption College, and the Aaron T. Beck Award for Significant and Enduring Contributions to the Field of Cognitive Therapy by the Academy of Cognitive Therapy. He is presently editor-in-chief of Cognitive Therapy and Research and associate editor of the Journal of Consulting and Clinical Psychology. His research has been funded through generous research grants from the National Institutes of Health private foundations. He lectures internationally, is a licensed psychologist, and is married with two children.