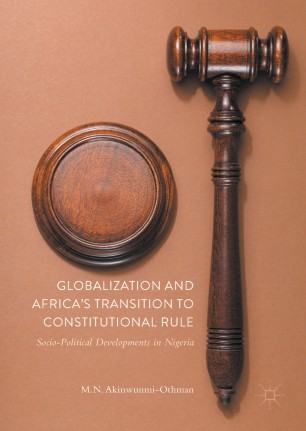 This book contributes to the discourse on post-colonial and globalization theories, focusing on Nigeria's transition to a federal system of government. The project analyzes 10 years of civil rule in Nigeria, between 1999 and 2009, and its constitutional arrangements while also engaging in comparative studies of other socio-political developments in Sub-Saharan Africa. The collective influences of the judiciary on the polity was improved and strengthened through globalization. In addition, organized pressure groups, non-governmental organizations, as well as the Civil Society Organization, have played significant roles as vehicles of socio-political change and transformation. They continue to act as buffers for the sustenance of democratic rule, well beyond the period in question.