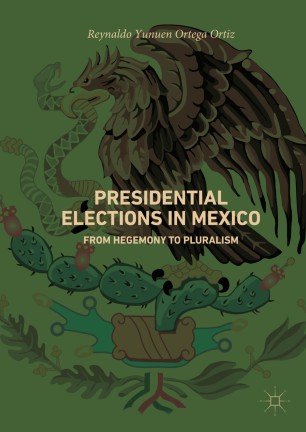 From Hegemony to Pluralism

Reynaldo Yunuen Ortega Ortiz is Professor of Political Science at the Center for International Studies at the College of Mexico. He is a Member of the National System of Researchers in Mexico and Chief Editor of the journal Foro Internacional. In 2012 he was awarded the National Prize of Social Research and Public Opinion.

“After the Mexican Revolution (1910-1920) México gave form to one of the most successful authoritarian systems of the 20th century. The strong roots of its undemocratic institutions and political culture have made extremely difficult and prolonged its democratic transition. By carefully examining the way in which presidential elections without meaning evolved into competitive although unfair ones, professor Reynaldo Ortega provides the reader with a good panorama of the political transformation of México in the last half a century and highlights the nature of the bumpy road still has to travel a hybrid political system before becoming a bona fide electoral democracy.” (Lorenzo Meyer, Professor Emeritus, El Colegio de México)
Buy options