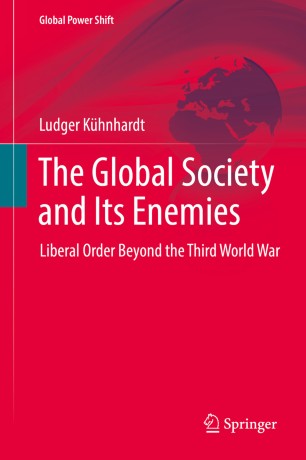 The Global Society and Its Enemies

This book discusses contemporary constellations of international politics and global transformation. It offers guidance on how to conceptualize the complexity of current global changes and practical policy advice in order to promote an open global society. In the light of today’s challenges, the author re-interprets the main argument of the philosopher Karl Popper in "The Open Society and Its Enemies". Based on this framework and new empirical evidence, the book discusses the thesis of an ongoing Third World War, triggered by fundamental deficits in nation-building, occurring primarily within states and not between them, and accelerated by asymmetric forms of warfare and Islamist totalitarianism.
The book also explores various threats to the global order, such as the paradox of borders as barriers and bridges, the global effects of the youth bubble in many developing countries, and the misuse of religious interpretation for the use of political violence. Lastly, the author identifies advocates and supporters of a liberal, multilateral and open order and argues for a reinvention of the Western world to contribute to a revival of a liberal global order, based on mutual respect and joint leadership.

Ludger Kühnhardt is Director at the Center for European Integration Studies (ZEI) and Professor of Political Science at the University of Bonn. He has been visiting professor at distinguished universities around the world, among them Stanford  University, St.Antony’s College (Oxford), Dartmouth College, Cape Town University, Canterbury University (Christchurch) Tongji University (Shanghai), College of Europe; he lectures regularly at the Catholic University Milan, the Diplomatic Academy Vienna and the Mediterranean Academy of Diplomatic Studies Malta. Kühnhardt has served as speech writer for German President Richard von Weizsäcker and as advisor for the President of the European Parliament, the Secretary General of the Council of Europe and the Parliament of Economic Community of West African States (ECOWAS). He is member of the Governing Board of the European Humanities University, member of the Academic Board of the West Africa Institute (WAI) and a Global Fellow of the Woodrow Wilson International Center for Scholars, Washington D.C. Kühnhardt is author of twenty-six books and co-author and editor of another 16 books.