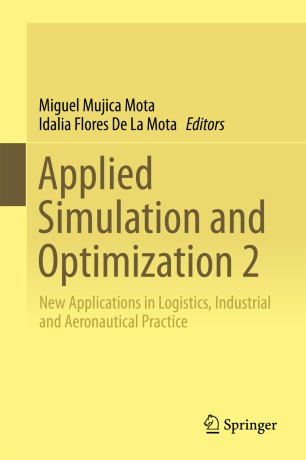 Building on the author’s earlier Applied Simulation and Optimization, this book presents novel methods for solving problems in industry, based on hybrid simulation-optimization approaches that combine the advantages of both paradigms. The book serves as a comprehensive guide to tackling scheduling, routing problems, resource allocations and other issues in industrial environments, the service industry, production processes, or supply chains and aviation. Logistics, manufacturing and operational problems can either be modelled using optimization techniques or approaches based on simulation methodologies. Optimization techniques have the advantage of performing efficiently when the problems are properly defined, but they are often developed through rigid representations that do not include or accurately represent the stochasticity inherent in real systems. Furthermore, important information is lost during the abstraction process to fit each problem into the optimization technique. On the other hand, simulation approaches possess high description levels, but the optimization is generally performed through sampling of all the possible configurations of the system. The methods explored in this book are of use to researchers and practising engineers in fields ranging from supply chains to the aviation industry.

Dr. Mota has given several courses in modelling, simulation methodologies and optimization for industrial and academic audiences in different countries. He has participated in several international projects in which simulation and optimization were the key factors for their success.

Dr. Mota has been awarded the Level I of the Mexican National Council of Science and Technology where he also participates as a scientific evaluator for Latin America. He is the co-author of three books and numerous papers on simulation, operations research, aviation, manufacturing and logistics. His research interests focus on the use of simulation, modelling formalisms and heuristics for the optimization and performance analysis of aeronautical operations, manufacture and logistics.

“Each chapter has a comprehensive list of references, a discussion on status, and suggestions for future work. In general, all chapters are easy to read. This collection would be of interest to industrial operations analysts and researchers in industrial process simulation.” (Computing Reviews, February, 2018)