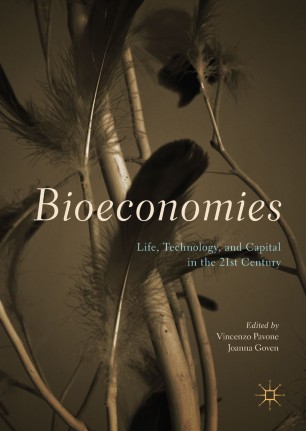 Life, Technology, and Capital in the 21st Century

This book explores the promissory discourses and practices associated with the bioeconomy, focusing especially on the transformation of institutions; the creation, appropriation, and distribution of value; the struggle over resources, power, and meaning; and the role of altruism, kinship, and care practices. Governments and science enthusiasts worldwide are embracing the bioeconomy, championing it as the key to health, wealth, and sustainability, while citing it as justification to transform research and regulatory institutions, health and agricultural practices, ethics of privacy and ownership, and conceptions of self and kin. Drawing together studies from Asia, Australia, the Americas, and Europe, this volume encompasses subjects as diverse as regenerative medicine, population health research, agricultural finance, biobanking, assisted reproduction, immigration, breastfeeding, self-help groups, GM fish, and mining sewage.

Vincenzo Pavone is Tenured Researcher at the Institute of Public Goods and Policies (IPP) of the Spanish National Research Council (CSIC). He leads a research group on the global bioeconomy studying the relationship between science, technology and neoliberal politics. He has been PI of several national and international research projects on reproductive and regenerative medicine, transgenics and surveillance-oriented security technologies.
Joanna Goven is Director of Kukupa Research, which she founded after many years as an academic. In recent years she has focused on the political economy of science and on facilitating transdisciplinary research. She has published in the areas of gender politics, public engagement with science, transdisciplinarity, and the bioeconomy.