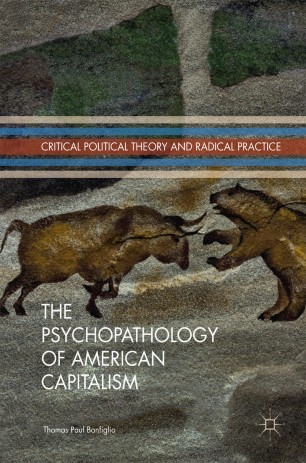 The Psychopathology of American Capitalism

This book synthesizes psychoanalytic and Marxist techniques in order to illuminate the resistance to a socialization of the American economy, the protectionist discourses of anomalous American capitalism, and the suppression of the capitalist welfare state. After the Second World War, Democrats and Republicans effectively eliminated the communist and socialist parties from the American political spectrum and suppressed their allied labor movements. The right-wing shift of both parties fabricated a false opposition of left and right that does not correspond to political oppositions in the industrialized democracies. Marxist perspectives can account for the massive inequality of the political economy, but they are insufficient for illuminating its preservation. Psychoanalysis is necessary in order to explain why Americans continue to vote within a two-party system that neglects the lower classes, and why the working class tends to vote against its own interests. The psychoanalytic techniques employed include doubling, repetition, displacement, condensation, inversion, denial, fetishizing, and cognitive repression. In examining the fixation upon the proxy binary of Democrat vs. Republican, which suppresses the true opposition of left vs. right and neutralizes alternatives, the work analyses numerous contemporary political issues through applications of Marxist psychoanalytic theory.