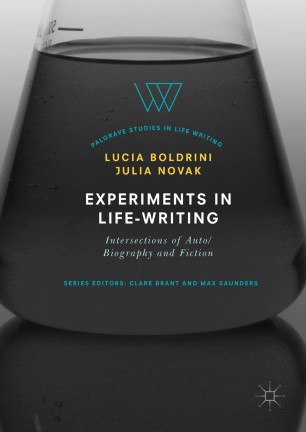 Intersections of Auto/Biography and Fiction

Experiments in Life-Writing: Intersections of Auto/Biography and Fiction probes the wealth and diversity of literary forms that fuse auto/biography and fiction in ingenious ways and interact with other artistic media. The international scholars and practitioners who have contributed to this unique volume engage with daring experiments in the dynamic genre of life-writing and enrich current debates in a flourishing field of study.
-Monica Latham, Professor of British Literature, Université de Lorraine, France
This volume examines innovative intersections of life-writing and experimental fiction in the 20th and 21st centuries, bringing together scholars and practicing biographers from several disciplines (Modern Languages, English and Comparative Literature, Creative Writing). It covers a broad range of biographical, autobiographical, and hybrid practices in a variety of national literatures, among them many recent works: texts that test the ground between fact and fiction, that are marked by impressionist, self-reflexive and intermedial methods, by their recourse to myth, folklore, poetry, or drama as they tell a historical character’s story.
Between them, the essays shed light on the broad range of auto/biographical experimentation in modern Europe and will appeal to readers with an interest in the history and politics of form in life-writing: in the ways in which departures from traditional generic paradigms are intricately linked with specific views of subjectivity, with questions of personal, communal, and national identity.
The Introduction of this book is open access under a CC BY 4.0 license.