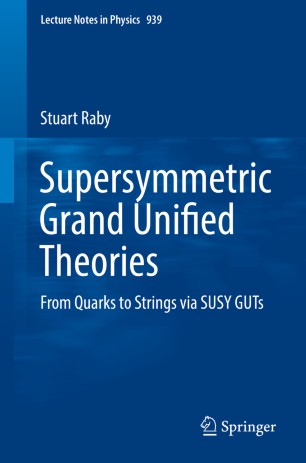 From Quarks to Strings via SUSY GUTs

These course-tested lectures provide a technical introduction to Supersymmetric Grand Unified Theories (SUSY GUTs), as well as a personal view on the topic by one of the pioneers in the field.

While the Standard Model of Particle Physics is incredibly successful in describing the known universe it is, nevertheless, an incomplete theory with many free parameters and open issues. An elegant solution to all of these quandaries is the proposed theory of SUSY GUTs. In a GUT, quarks and leptons are related in a simple way by the unifying symmetry and their electric charges are quantized, further the relative strength of the strong, weak and electromagnetic forces are predicted. SUSY GUTs additionally provide a framework for understanding particle masses and offer candidates for dark matter. Finally, with the extension of SUSY GUTs to string theory, a quantum-mechanically consistent unification of the four known forces (including gravity) is obtained.

The book is organized in three sections: the first section contains a brief introduction to the Standard Model, supersymmetry and the Minimal Supersymmetric Standard Model. Then SUSY GUTs in four space-time dimensions are introduced and reviewed. In addition, the cosmological issues concerning SUSY GUTs are discussed. Then the requirements for embedding a 4D SUSY GUT into higher-dimensional theories including gravity (i.e. String Theory) are investigated. Accordingly, section two of the course is devoted to discussing the so-called Orbifold GUTs and how in turn they solve some of the technical problems of 4D SUSY GUTs. Orbifold GUTs introduce a new set of open issues, which are then resolved in the third section in which it is shown how to embed Orbifold GUTs into the E(8) x E(8) Heterotic String in 10 space-time dimensions.