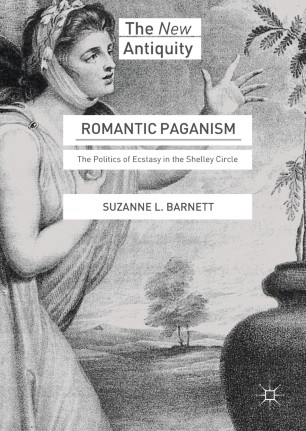 The Politics of Ecstasy in the Shelley Circle

Part of the The New Antiquity book series (NANT)

This book addresses the function of the classical world in the cultural imaginations of the second generation of romantic writers: Percy Shelley, Mary Shelley, Thomas Love Peacock, John Keats, Leigh Hunt, and the rest of their diverse circle. The younger romantics inherited impressions of the ancient world colored by the previous century, in which classical studies experienced a resurgence, the emerging field of comparative mythography investigated the relationship between Christianity and its predecessors, and scientific and archaeological discoveries began to shed unprecedented light on the ancient world. The Shelley circle embraced a specifically pagan ancient world of excess, joy, and ecstatic experiences that test the boundaries between self and other. Though dubbed the “Satanic School” by Robert Southey, this circle instead thought of itself as “Athenian” and frequently employed mythology and imagery from the classical world that was characterized not by philosophy and reason but by wildness, excess, and ecstatic experiences.