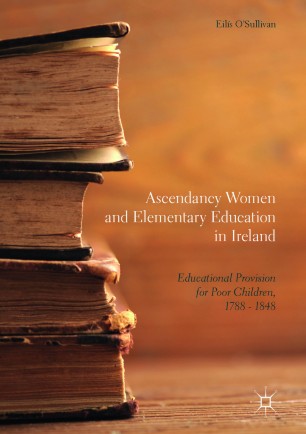 This book outlines the lives of six female members of the Irish Ascendancy, and describes their involvement with educational provision for poor children in Ireland at the end of the long eighteenth century. It argues that these women were moved by empathy and by a sense of duty, and that they were motivated by political considerations, pragmatism and, especially, religious belief. The book highlights the women’s agency and locates their contribution in international and literary contexts; and by exploring sources and evidence not previously considered, it generates an enhanced understanding of Ascendancy women’s involvement with the provision of elementary education for poor Irish children. This book will appeal to scholars and researchers in the fields of Education and History of Education. It will also have broad appeal for those interested in Gender and Women’s Studies, in Georgian Ireland and in the history of Ascendancy families and estates.

Eilís O’Sullivan lectures and supervises research on the history of education in Mary Immaculate College, University of Limerick, Ireland.