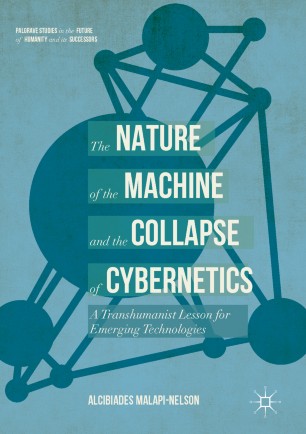 The Nature of the Machine and the Collapse of Cybernetics

A Transhumanist Lesson for Emerging Technologies

This book is a philosophical exploration of the theoretical causes behind the collapse of classical cybernetics. Alcibiades Malapi-Nelson advances the idea that the cybernetic understanding of the nature of a machine entails ontological and epistemological consequences that create both material and theoretical conundrums. He proposes that, given our current state of materials, research, and practices, there might be a way for cybernetics to flourish.

The book starts with a historical treatment of cybernetics, and proceeds with a philosophical explanation of its collapse—emphasizing the work of Turing, Ashby and von Neumann—and connects it with the emerging technologies carrying its signature. The transhumanist metaphysics of both cybernetics and NBIC is then unveiled. Finally, avenues of research that may allow these technologies to circumvent the cybernetic fate are indicated. It is advanced that emerging technologies ultimately entail an affirmation of humanity.

Alcibiades Malapi-Nelson pursued studies in philosophy in Latin America, French Canada and Toronto, where he obtained a doctorate from York University. He is currently working on the implications of emergent technologies for the future of humanity, particularly in what regards human identity, ethics and policy. He currently teaches at Seneca and Humber colleges, in Toronto.

“Cybernetics, an approach for understanding control and communication in a very general way that applies to both machines and living systems, thrived as a movement for about a decade after WW II. … This is a technical scholarly work with ample primary source citations … . Recommended. Upper-division undergraduates through faculty and professionals.” (D. Bantz, Choice, Vol. 56 (1), September, 2018)
Buy options