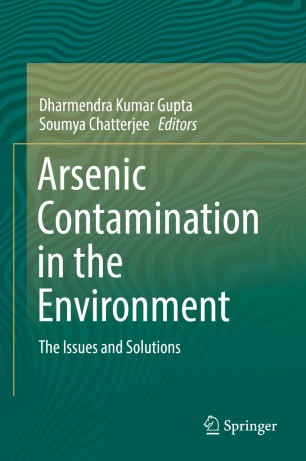 Arsenic Contamination in the Environment

The Issues and Solutions

This book provides an overview to researchers, graduate, and undergraduate students, as well as academicians who are interested in arsenic. It covers human health risks and established cases of human ailments and sheds light on prospective control measures, both biological and physico-chemical.

Arsenic (As) is a widely distributed element in the environment having no known useful physiological function in plants or animals. Historically, this metalloid has been known to be used widely as a poison. Effects of arsenic have come to light in the past few decades due to its increasing contamination in several parts of world, with the worst situation being in Bangladesh and West Bengal, India. The worrying issue is the ingestion of arsenic through water and food and associated health risks due to its carcinogenic and neurotoxic nature. The impact of the problem is widespread, and it has led to extensive research on finding both the causes and solutions. These attempts have allowed us to understand the various probable causes of arsenic contamination in the environment, and at the same time, have provided a number of possible solutions. It is reported that more than 200 mineral species contain As. Generally, As binds with iron and sulfur to form arsenopyrite. According to one estimate from the World Health Organization (WHO), contextual levels of As in soil ranges from 1 to 40 mg kg-1. Arsenic toxicity is related to its oxidation state which is present in the medium. As is a protoplastic toxin, due to its consequence on sulphydryl group it interferes in cell enzymes, cell respiration and in mitosis. Exposure of As may occur to humans via several industries, such as refining or smelting of metal ores, microelectronics, wood preservation, battery manufacturing, and also to those who work in power plants that burn arsenic-rich coal.