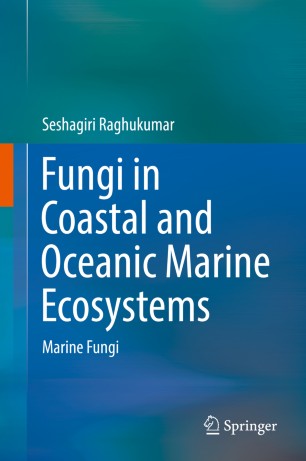 This book offers an ecosystem-oriented overview of the diversity, ecological role, and biotechnological applications of marine fungi as well as an in-depth introduction to the marine environment, fungal classification, and ecological principles. It also presents the latest research findings on coastal marine and oceanic ecosystems, such as mangrove, seagrass, salt marsh, algal, coral reef and benthic ecosystems. Focusing on the diversity of fungi as well as their role as symbionts, parasites and saprotrophs, the book also discusses the physiology and biotechnological applications of fungi and highlights topics of future interest. Intended for students and researchers in marine biology and microbiology, it includes detailed descriptions, illustrations, figures, tables, and exhaustive literature citations. A detailed chapter on methods used to study marine fungi, their classification and ecological principles is of particular interest to newcomers in the field.

Dr Seshagiri Raghukumar, born in 1946, has an experience of over 40 years in studying marine fungi.  He obtained his Ph.D.in 1973 from Madras University for a thesis on marine fungi, under the supervision of the famous mycologist, Prof. C.V. Subramanian.  He was subsequently groomed by Dr Alwin Gaertner of the Institut für Meeresforsching (presently Alfred-Wegener Institute for Polar and Marine  Research), at Bremerhaven, Germany, with whom he worked for 5 years on taxonomy and ecology of thraustochytrids.  He later joined the CSIR-National Institute of Oceanoraphy, Goa, India in 1982 where he worked as a Scientist for 23 years.  S. Raghukumar has been associated with Myko Tech Private Limited, India, a microbial biotechnology company since 2005.

Seshagiri Raghukumar’s research spans a wide variety of topics.  These include marine lignicolous fungi, the role of fungi in marine, macrophyte detrital processes, biotechnology, and the biology of thraustochytrids.  He is particularly well known for his pioneering ecological studies on labyrinthulomycetes, particularly thraustochytrids and aplanochytrids.  Raghukumar participated in over 30 oceanographic cruises during his career and headed the Marine Biodiversity Project at the CSIR-NIO.  He has published over 80 research papers on marine fungi and holds several patents on their applications.   He taught several courses in marine microbiology and mycology at the Goa University and has guided a number of M.Sc. and Ph.D. students. Seshagiri Raghukumar was the past Secretary and President of the Mycological Society of India and is presently a Member of the Board of the International Marine Biotechnology Consortium.