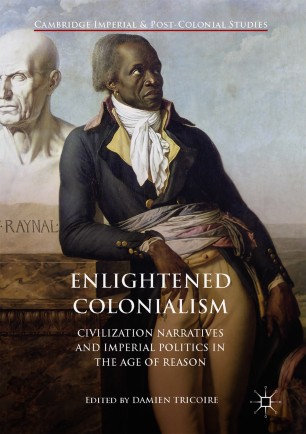 Civilization Narratives and Imperial Politics in the Age of Reason

This book further qualifies the postcolonial thesis and shows its limits. To reach these goals, it links text analysis and political history on a global comparative scale. Focusing on imperial agents, their narratives of progress, and their political aims and strategies, it asks whether Enlightenment gave birth to a new colonialism between 1760 and 1820.

Has Enlightenment provided the cultural and intellectual origins of modern colonialism? For decades, historians of political thought, philosophy, and literature have debated this question. On one side, many postcolonial authors believe that enlightened rationalism helped delegitimize non-European cultures. On the other side, some historians of ideas and literature are willing to defend at least some eighteenth-century philosophers whom they consider to have been “anti-colonialists”. Surprisingly enough, both sides have focused on literary and philosophical texts, but have rarely taken political and social practice into account.