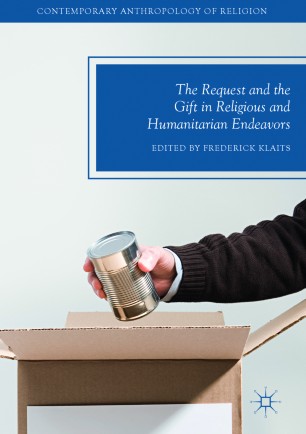 The Request and the Gift in Religious and Humanitarian Endeavors

Part of the Contemporary Anthropology of Religion book series (CAR)

This collection revisits classical anthropological treatments of the gift by documenting how people may be valued both through the requests they make and through what they give. Many humanitarian practitioners, the authors propose, regard giving to those in need as the epitome of moral action but are liable to view those people’s requests for charity as merely utilitarian. Yet in many religious discourses, prayers and requests for alms are highly valued as moral acts, obligatory for establishing relationships with the divine. Framing the moral qualities of asking and giving in conjunction with each other, the contributors explore the generation of trust and mistrust, the politics of charity and accountability, and tensions between universalism and particularism in religious philanthropy.

Frederick Klaits is an Assistant Professor in the Department of Anthropology at the State University of New York at Buffalo, USA. He is the author of Death in a Church of Life: Moral Passion during Botswana’s Time of AIDS (2010).