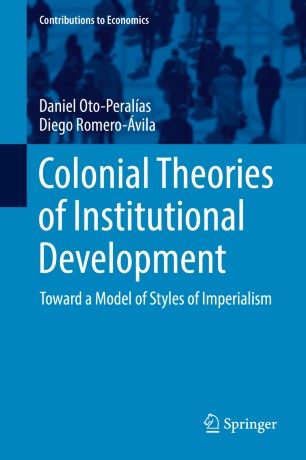 Toward a Model of Styles of Imperialism

This book analyzes the role played by initial endowments and colonizer identity in seeking to explain institutional development in former colonies. It presents a model of two styles of imperialism that integrates the colonial origin and endowment views explaining current institutions. The authors argue that Great Britain and Portugal adopted an ‘economically-oriented’ style, which was pragmatic and sensitive to initial conditions. For this style of imperialism the endowment view is applicable. In contrast, France employed a ‘politically-oriented’ style of imperialism, in which ideological and political motivations were more present. This led to a uniform colonial policy that largely disregarded initial endowments. In turn, the case of Spain represents a hybrid of the two models. The empirical analysis presented here reveals a remarkable degree of heterogeneity in the relationship of endowments and colonizer identity with current institutions.