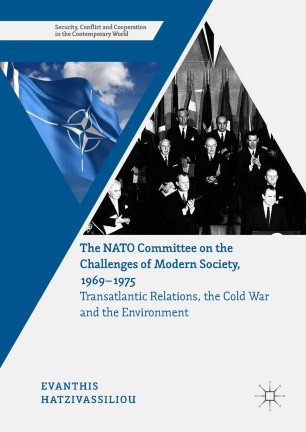 The NATO Committee on the Challenges of Modern Society, 1969–1975

Transatlantic Relations, the Cold War and the Environment

This book is the first comprehensive study of the setting up and early development of the NATO Committee on the Challenges of Modern Society (CCMS), or the alliance’s environmental programme. This expansion of allied cooperation is an interesting indicator of transatlantic relations during an era of transition and under the impact of Richard Nixon and Henry Kissinger’s diplomacy. The book discusses intra-NATO politics, the projects of the early years and the participation in CCMS projects of non-NATO countries – an unusual feature in the activity of a military alliance. Environmental cooperation in NATO was part of the changes which scientific cooperation was effecting in the international system during the entry into the post-industrial era. The making of the CCMS is the story of a crisis of adjustment to the new era, of hiccups in transatlantic relationships, but ultimately also a story of transatlantic unity. The book will be of much interest to students of NATO, the Cold War, international and environmental history, history of science and international relations.

Evanthis Hatzivassiliou is Professor of Postwar History at the Department of History of the National and Kapodistrian University of Athens, Greece. He is the author of Greece and the Cold War: Frontline State, 1952-1967 (2006); NATO and Western Perceptions of the Soviet Bloc: Alliance Analysis and Reporting (2014).

“The NATO Committee on the Challenges of Modern Society sheds new light on the anxieties facing the Western allies. … This overview of the CCMS’s early studies offers a reminder that NATO’s operations have long been far more complex and diverse than the phrase ‘political and military alliance’ suggests.” (Susan Colbourn, H-Net Reviews, h-net.org, April 16, 2019)