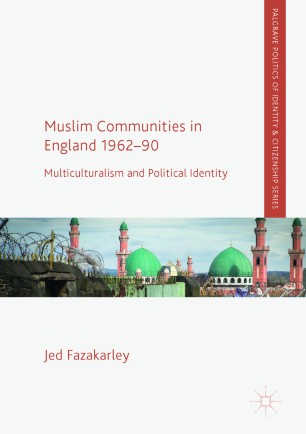 This book analyses Muslim integration into English society from the 1960s to the 1990s. The author argues that, contrary to common narratives built around a sudden transformation during the Rushdie affair, religious identity was of great importance to English Muslims throughout this period. The study also considers what the experiences of Muslim communities tell us about British multiculturalism.

With chapters which consider English Muslim experiences in education, employment, and social services, British multiculturalism is shown to be a capacious artifice, variegated across and within localities and resistant to periodization. It is understood as positing separate ethnic communities, and serving these communities with special provisions aimed ultimately at integration. It is argued moreover to have developed its own momentum, limiting the efficacy of 21st century “backlashes” against it.

Muslim Communities in England 1962-90 will be of interest to students and scholars across a range of disciplines, including sociology, history and politics.