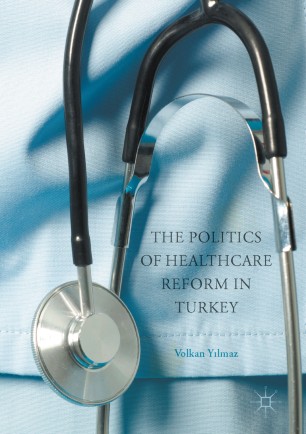 The Politics of Healthcare Reform in Turkey

This book explores the transformation in the healthcare system in Turkey since 2003, which has been portrayed as a benchmark for building universal healthcare systems in emerging market economies. Focussing on healthcare politics in an under-researched developing country context, it fills a significant lacuna in existing scholarship. This study answers these questions: What were the political dynamics that enabled the introduction of healthcare reform in Turkey? What political conflicts did the reform generate? How and to whose benefit have these conflicts been resolved? Drawing on qualitative interviews with a diverse set of actors, Yılmaz explores the actors’ subjective interpretations of the reform, the discourses and strategies they used to influence the reform, and the changing healthcare politics scene. He demonstrates that the reform has been a complex political process within which actors negotiated whether and to what extent healthcare remains a citizenship right or a commodity. This book will appeal to students and scholars of social policy, politics, health policy, public health and sociology.