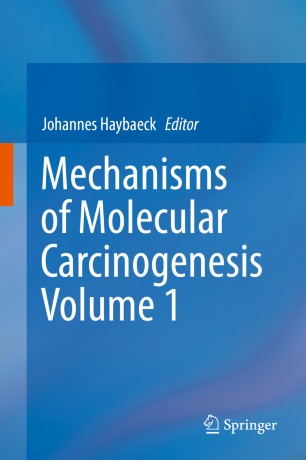 Divided into two volumes the work offers a so far unmatched broad and at the same time deep knowledge on molecular and cellular mechanisms of carcinogenesis and offers comprehensive insight into clinical, therapeutic and technological aspects. This 1st Volume presents tumor entities of the ocular system, the thyroid organ, the oesophagus, gliomas, non-glial brain tumors, head and neck as well as lung cancer. In addition it also discusses in-depth potential novel molecular players and the role of stem cells as well as the endocannabinoid system in carcinogenesis, it furthermore explains tumor metabolism components and signaling pathways. Each of the chapters discusses potential therapeutic strategies and novel drug targets.

Prof. Johannes Haybaeck is a professor of Pathology at the Department of Pathology, Medical Faculty of the University of Magdeburg, Germany. He is a board certified pathologist and neuropathologist who is also specialized in molecular biology. Prof. Haybaeck received his first degree in Medicine at Innsbruck University, Austria, prior to further studies at the University of Zurich, Innsbruck and Salzburg. He received his PhD degree at the Mathematical and Natural Science Faculty of the University of Zurich. Since 2010, he has led his own research group and has been a consultant for pathology and neuropathology.  In 2011, he was nominated as Vice Chair, and since 2014, he has held the title of Chairman of the Department of Neuropathology at the Medical University of Graz, Austria. He was elected as Founding Coordinator for Cancer Research, Education and Training of the Comprehensive Cancer Center (CCC) Graz for two periods. In 2016, he was nominated as Full Professor and Head of the Department of Pathology at Magdeburg University Hospital in Germany. In his capacity as a surgical pathologist and neuropathologist, he is confronted with diagnostic questions on a daily basis. Accordingly, his research focuses on the cellular and molecular mechanisms driving carcinogenesis. Together with his coworkers in Magdeburg and Graz, he is constantly engaged in the development of novel models mimicking the human situation in order to establish prognostic and predictive biomarkers and to generate novel therapies.