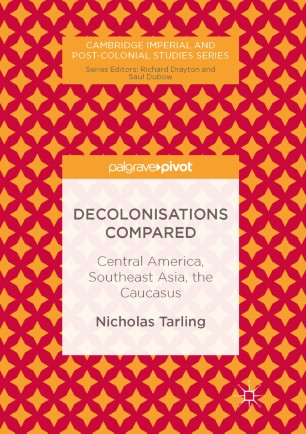 This book offers an analysis of the decolonisation process across three different regions around the world: Central America, Southeast Asia and the Caucasus. It explores how the nature of previous imperial systems shaped the nation states that were created in their stead. By outlining these contrasting historical trajectories, this short study argues that the stability of these nation states and their ability to cooperate with one another are dependent on the acceptance of the frontiers established by the previous imperial powers. It moves from Central America, left in the early nineteenth century without any clear borders and which has suffered much inter-state tension ever since, to Southeast Asia, whose clear colonial delineations have been accepted in the post-colonial order, and finally to the Caucasus where the arbitrary boundaries of the Soviet Republics have not easily translated into nation states. Offering a concise comparison of decolonisation in three regions, this book will be of particular interest to students of history, politics and international relations.